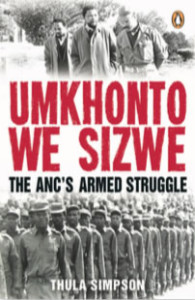 The armed struggle waged by the ANC’s military wing, Umkhonto We Sizwe (MK), was the longest sustained insurgency in South African history. This book offers the first full account of the rebellion in its entirety, from its early days in the 1950s to the inauguration of Nelson Mandela as South African president in 1994.