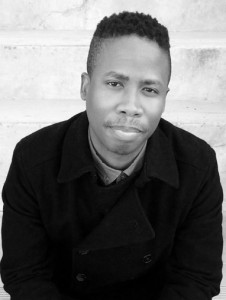 Born in East London, South Africa in 1986, Masande Ntshanga, graduated with degrees in Film and Media and English Studies from Uuniveristy of Cape Town, where he was a creative writing fellow. His stories have appeared in Laugh It Off, itch, Imago and Habitat. He has also written for Rolling Stone magazine.

“…Masande Ntshanga was awarded the inaugural PEN International/New Voices Award at a wonderful event in Reyjkavik, Iceland, for his story “Space”. Masande is a rare talent and an assured and lyrical writer. It is wonderful that a young South African won this prestigious award….” – SA PEN’s Executive Vice-President, Margie Orford, 2013