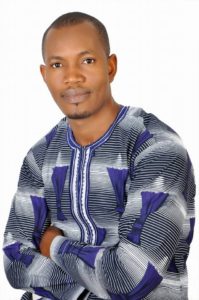 Sunny Jack Obande has worked as a freelance scriptwriter at various times for the Nigerian Television Authority and Kaduna State Television (both in Kaduna State). In 2007, his first Children’s Book, Agbenu and The Forest Spirits, was published and it is still used in most Secondary Schools in Nigeria as part of their English Literature. He is an active member of various writers’ forums, notably YouWriteOn.com and NaijaStories.com, and has published many literary articles with most of them selected as Editor’s picks. Obande is an Alumnus of the 2015 NLNG Master Class for Children’s Literature and is presently a staff member of the Nigerian Communications Satellite Limited, a leading Communications Satellite Company in the whole of Sub-Saharan Africa.

A Miracle for Daddy