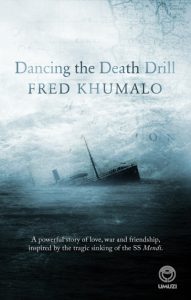 Paris, 1958. A skirmish in a world-famous restaurant leaves two men dead and the restaurant staff baffled. Why did the head waiter, a man who’s been living in France for many years, lunge at his patrons with a knife?
Read the extraordinary story of Pitso Motaung, a young South African who volunteered to serve with the Allies in the First World War.. Through a tragic twist of fate, Pitso found himself on board the SS Mendi, a ship that sank off the Isle of Wight in February 1917. More than six hundred of his countrymen, mostly black soldiers, lost their lives in a catastrophe that official history largely forgot. One particularly cruel moment from that day will remain etched in Pitso’s mind, resurfacing decades later to devastating effect.