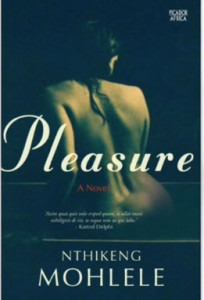 The lead protagonist is writer and teacher Milton Mohlele, a man of modest fame with a roving eye and indulgent sense of appreciation for the sometimes physical and ephemeral nature of pleasure. He prides himself on his immersive attention to detail and in the trysts these lingering observations later yield. His is a world enraptured by the sensual and the shifting attention of his cast of lovers: Abella, Alexis, Masechaba and former wife Orapeleng. But beyond the furtively attainable and desires bubbling in silence, just beyond reach, Milton is preoccupied with sensory stimulation.The University of Johannesburg Prize for South African Writing in English, also known as the UJ Prize, was instituted in 2006. It comprises two prizes,

Mohlele won the main prize of the University of Johannesburg for South African Writing in English, also known as the UJ Prize in 2017.