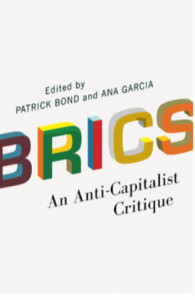 This book aims to fill a gap in studies of BRICS. It offers a critical analysis of the rise of the BRICS countries’ economies within the framework of a global capitalism that is increasingly predatory, exclusionary and unequal, no more so than in the BRICS countries themselves. the authors reflect upon the rise of a Global South (and East), which is sometimes cooperative with and sometimes antagonistic to the traditional powers of the US, Europe and Japan. Most importantly, BRICS’s rise occurs in the context of the expansion of capitalism in the 21st century, and also in the midst of world capitalism’s worst crisis since the 1930s.